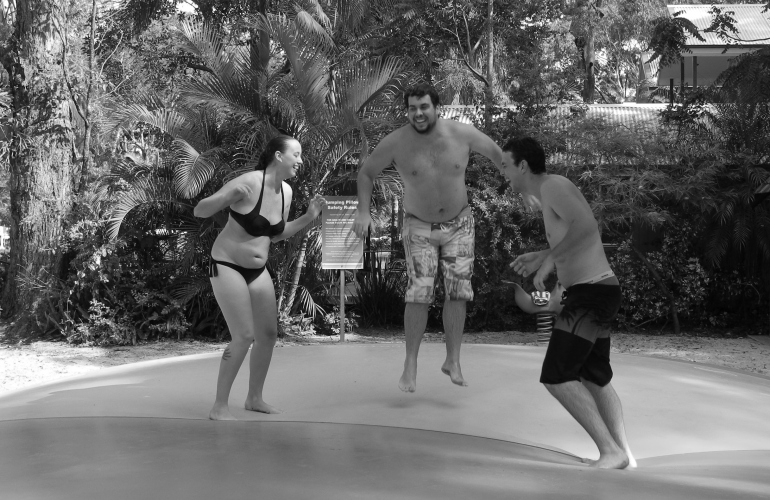 As I sit on my parents couch with a steaming cup of hot chocolate at 0230 hours on an early Thursday morning, I cannot help but think about the past month and where it has taken me.

In the past 31 days of January, I’ve travelled scenic routes on highways to stop and step onto amazing white pristine sanded beaches to frolic. Only to lose my bikini top amongst the waves and scramble to maintain all dignity.  I’ve driven through congested inner city streets containing grey sky scrapers that hold those within the confining glass walls/ceilings for ransom.  Except in this case, some of those within the glass buildings are willing hostages and are their trying to make a name for themselves.

Driving through these overwhelming grey buildings, I experienced a first for 2016.  Years after getting my driver’s licence and the independence of being able to drive without hearing, “I haven’t taken my anti-anxiety pills today”; I drove over Brisbane’s Story Bridge.  As I listened to my brother talking and the Hilltop Hoods playing through my speakers; I felt as if the bridge wasn’t large enough to hold my enthusiasm as cars ripped and roared beside, in front and behind me.

January saw the beginning of 2016 and a few naughty kisses under the remaining half dead mistletoe.  It bore witness to sparklers setting off the fire alarms, something of which was thankfully avoided at The Little White House as we quietly slipped outside and skipped down dark, vacant streets.

While we were sneaking kisses under the mistletoe and sneaking out of the house at some ungodly hour of the morning, 2016 saw memes and New Years Resolutions being created.  These resolutions were to be undertaken within the next 360 days and the inevitable speech of “I’m going to get fit” was once again brought out.  Only for the famous speech to be stuffed away in the closet for next year as a large serving of cheesecake was brought out.

In my case, it was the weakness of eating banana oatmeal pancakes with fresh cream and maple syrup that had me contemplating life outside of pancake batter.  Until the realisation I’m lactose intolerant as I nursed a headache and the urge to lie down.

With 2015 going up in fireworks over Sydney Harbour Bridge, this time next year meant I’d be a graduate registered nurse, looking for graduate placements. This thought and realisation spurred resolutions that would be influential in what I wanted to gain, all the while recapping what 2015 meant.  If you are curious as to what my resolutions for 2016 are, you can click here.

Like many things in my personal life, my positive thought for exercise was soon over shadowed by a few illnesses.  On and off, I’ve spent close to a week in bed after succumbing to illness and dying from what can only be described as excruciating pain. Mid-January I was informed a cyst had burst in my right breast and that I had an infection as a result of it having burst. 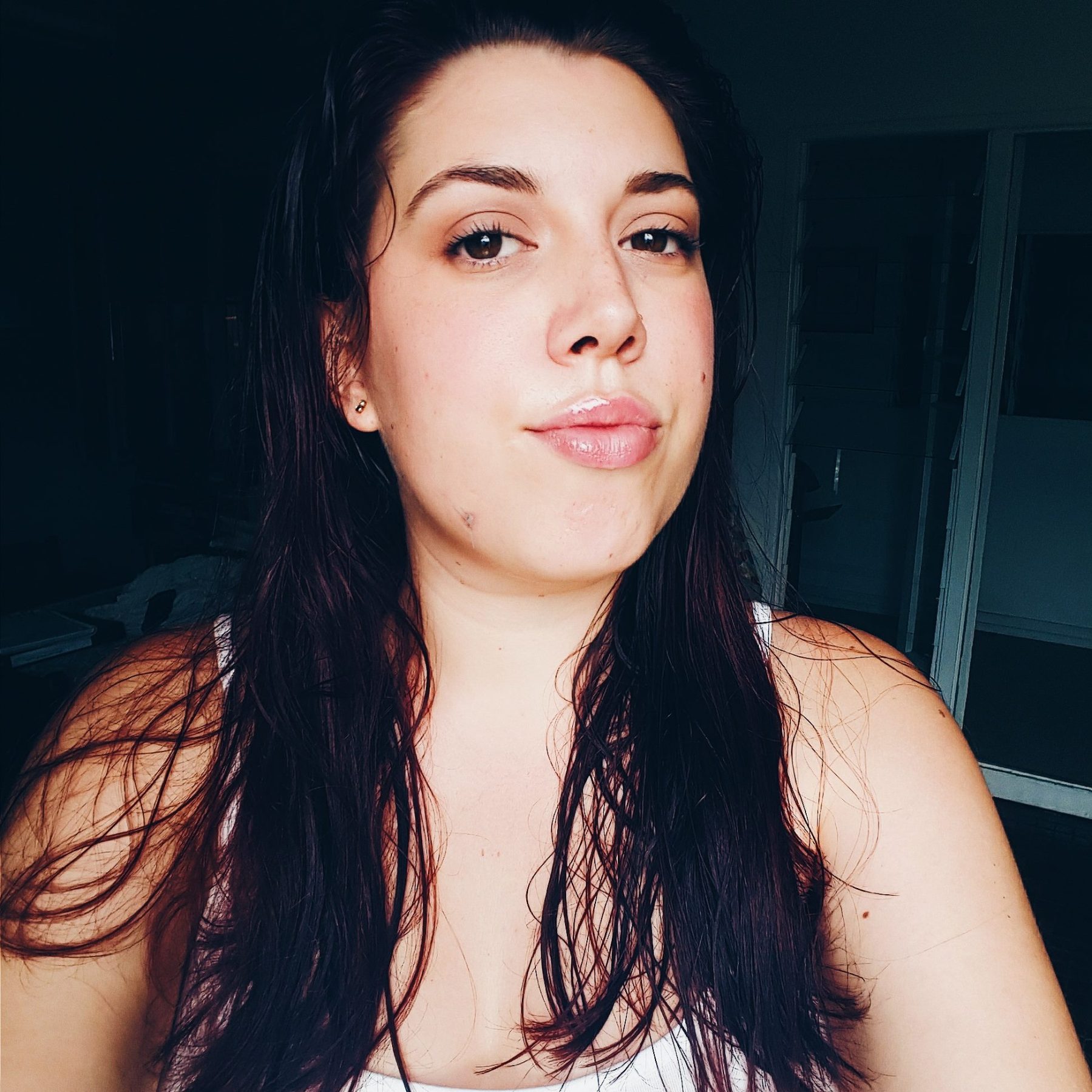 Having previously had a very close brush with cancer when I was a teenager, I’d noticed over a few months a couple of areas on my body rapidly changing.  Like any serious situation and the fear of being told I had the big C again, I made an appointment to see my doctor and got them looked at.

That day I informed the doctor of how I’d originally been diagnosed at fourteen and after hearing my story, my fabulous doctor decided it was best to remove them.  As I waited for the anaesthetic to work, I took a photo and posted it on Instagram with the title of: Botox time.  Not thinking that I’d have a couple of people send me a message asking me why I’d gotten it done.

Least to say, I still have the ability to frown and move my eyebrows.

This past month also has seen my protective side come out like a Mama bear protecting her cub.  In this particular case, the cub just so happens to be Lady Blacksnot III. Instead of going full My Big Fat Greek Wedding meltdown and wedding dress shopping for the B*tch, I acted completely normal when having received a message.

A message asking me what outfit would be appropriate to go jungle climbing in the wilderness with Mr. Cummy pants, a eligible bachelor not found in the confining cyberspace of Bumble.

I plead the fifth to the thought of kidnapping Mr. Cummy panties and holding him in a bunker.  Hypothetically speaking, with the possible intentions of seeing as to whether or not he was an appropriate candidate for LBS to date.  Least to say Dearest Reader, I was non-psychopathic and resembling Glen Close, while boiling a bunny. If you want to find out more about LBS’ adventures in online dating and SWAT teams, you can click here.

Overall January has been an interesting month to say the least.

I’ve started 2016 off on a good note as I’ve discovered, spending the last few minutes in bed thinking helps with my anxiety. Each morning before I get up for my life sustaining mug of coffee, I reflect upon my past, present and future. Doing this each morning enables to me to acknowledge where I’ve come from, where I am going and what I’ve achieved.

One of the many accomplishments for last month saw me visit my Grandmother. Instead of layering my make up like it was bulletproof armour and telling myself, “You are fabulous”; I left the house with little to no make up and my alter ego was left behind.  For once, I simply went as myself. 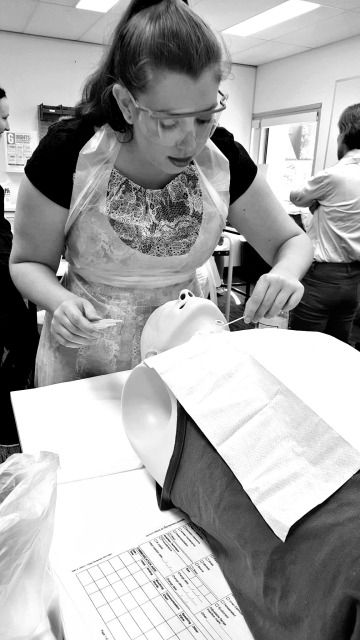 As I watched my Grandmother and cousin rotate and gravitate towards one another, I realised for the first time in my life, I was the one in control of the outcome. With this knowledge and power within my grasp, I used the opportunity to understand various things.

During my social visit for a couple of months, I informed my cousin as to why I removed her from my social media.  In an adult tone and manner, she raised an eyebrow before repeating, “You deleted me off social media because I had a negative vibe that was making me a bitch?”

Driving back to my Aunt’s house, among the lyrics of Tracy Chapman’s Fast Car and Brisbane traffic, I discovered something that has changed the way I viewed myself. For the one person I’ve spent years trying to impress and prove I was worthy of being loved wasn’t my grandparents or cousin.

While stationary at a red light, the one person I’ve been trying to impress within the last 10+ years has been me.  Talk about an eye opener.

This eye opener led to permanently closing down A Stairway To Nurse’s Heaven after three and a half years of blogging, writing and secrets being told and shared. Having been shown I was to continue writing after contemplating ceasing, Scarlett O’Chunky was created, given birth to and opened.

Talk about an interesting month January has been and with that, I wonder what February is bringing me on a silver platter.  As we celebrate the first week of February coming to an end and my love for the collab between A$AP and Rod Stewart is shameless; let’s talk about the future and changing destiny.

As for February, this what I have planned:

My final parting words before signing off is: Your only limit is you.  The world is waiting and what’s preventing you?