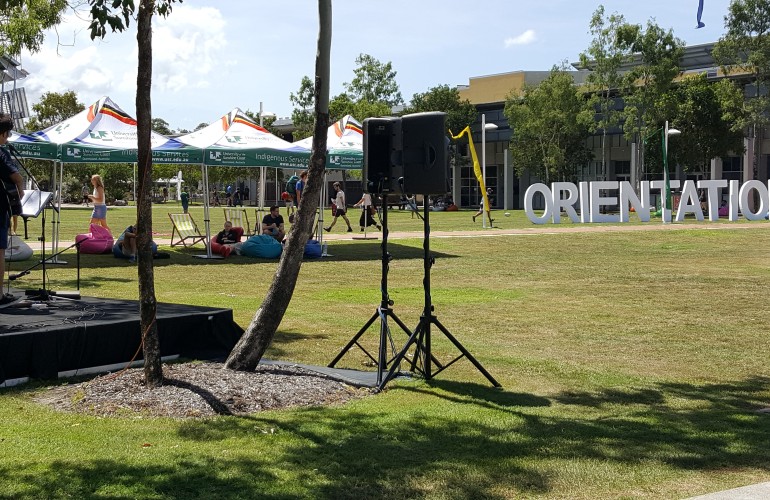 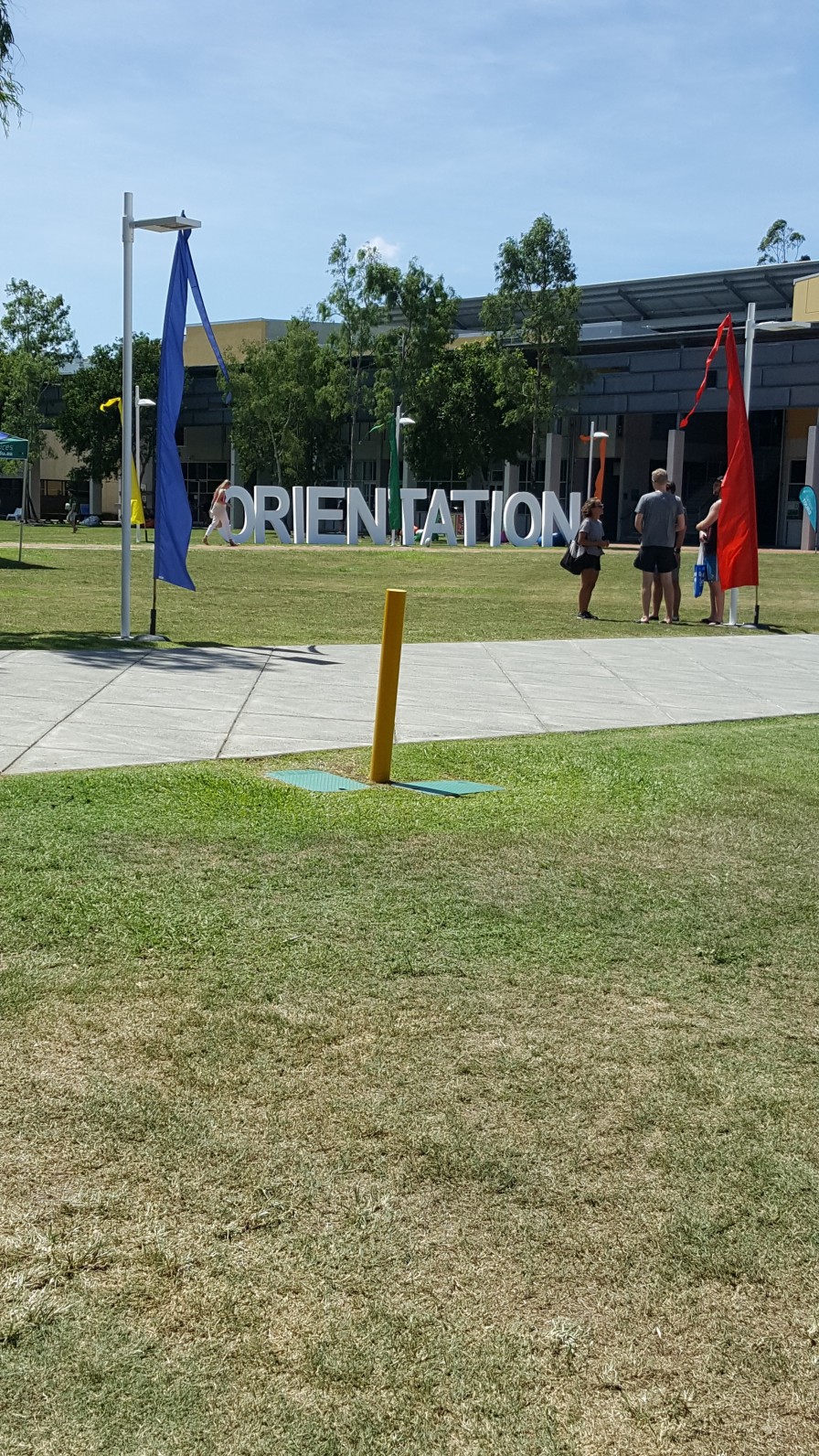 It is so good to be back in the writer’s chair for a brief moment  as it is a lovely opportunity to be able to close up my various publications, journal articles and class notes from my last two tutorials. Let alone not have to think about the assignment due next week that I have not even started, but should by all accounts “be a breeze  or so” one of my tutors informed us.

My life as a university student has begun in fullness.

My new back pack has begun groaning with the sheer velocity of text books, note books, wallet, headphones, laptop, electronic paraphernalia and assorted other items. I have discovered back muscles I did not know existed. I discovered sometimes you have to give yourself a break.

When I received my acceptance letter from the University of my Choice and the excitement and trepidation made an appearance within my psyche as I was joyful at the opportunity to fulfill my dream. While the clear knowledge from spending 14 weeks last year at university doing a Tertiary Preparation Programme, for it  gave me a clear indication of the sheer volume of work by the way of tutorials/lectures, assignments and end of semester assessments.

Throw in the side dish of fear from lecturers and tutors that one mark can be the difference between pass and fail was enough to bring the Cheshire grin down a notch or two.

With that letter of Acceptance, I knew there was no more hiding under a pile of excuses and the vastly comfortable little zone of boredom I had created since the thought of ‘I can not be bothered’ was a companion in my life.

It made me realise that the next FOUR YEARS of my life was and is now effectively set in concrete. It also meant that everything I had wanted to achieve and desired to do so, now all was up to me to prove to myself (and no one else) that I had the wealth, knowledge and possession of such goods and in return, would deliver the completed dish.

Trepidation also allowed that nasty thought of ‘What if I am not good enough‘ to raise its head from under the pillow.

Seriously, that bloody thought almost had me on my knees before I had even started even writing my name into my books and within nanoseconds, my vast amounts of knowledge amassed over years of schooling, work experience and years of parenthood and the endless hours of enjoyment spent exploring outside the boundaries; the fact that I know I am ‘not an idiot’ meant nothing.

It took some serious talking to myself and being constantly nagged by the family before I shook off the thought and stopped giving it some credence. Not an easy feat when you may have the inclination to be a worry wart.

Then as if that was not enough for one person to endure, I may have excessively stressed over things that were real or imagined to the point where none of my family wished to be within 200 feet of me. Not to mention, I was losing sleep since I was trying to be the efficient control freak, who has a nasty habit that evolves when I have lists of things to complete.

However with my subject timetable that allocates me to being on campus for two days a week which I spend in class with Miss Kaffy and with all of my required readings currently underway along with note taking, I am alot happier.

I must admit the excitement and squeals from both of us when we discovered we had classes together was supersonic!!  Turns out Kaffy’s electives for her last semester are in fact my prerequisites for my first semester.

Three weeks into the new semester and sitting in a classroom environment with Kaffy has been quite interesting for my eyes have been well and truly opened.

In the two hours we are seated side by side in our class for Media and Society, my pen flays the page with writing that originate from the journal article that I am trying to write down before I forget. While being actively involved in a feisty debate and take notations from the whiteboard of interactions occurring for future reference.

My writing soon strongly begins to resemble the hieroglyphics of ancient Egypt or chicken scribble from the frantic behaviour of mind versus pen and yeah, I am rocking this. All because my brain is absorbing everything like a sponge since I am finally being bale to be that student and O.M.G., it is exhilarating.

Then I look across at Miss Kaffy….

The clock stopped working, my hand drops my pen and the feisty debate becomes silent and my mouth opens in a silent wide ‘O’ because I notice she was engaged in something else.  That’s when my eyes drop to her book that is open on the desk and I notice that what lies between those lined pages doesn’t include notes, her slanted chicken scribbles or hieroglyphics.

Instead what lies between those lined pages of her book is a beautiful piece of artwork.

When questioned via a little note as to ‘where are your notes, Kid?’ all I got was a smirk of ‘don’t panic, its all good’.

Then it hits me between the eyeballs as to exactly which kid I am with.  No, I am not with the one who resembles me in the ‘lets panic like a freak in 1999′ department but instead I am sitting with the bloody Genius!

In fact, I am with the child who does not ever have a freak out over assessments before blubbering about fears, worries, word counts and the ultimate fun of: paraphrasing, context, discourses and academic reviews. No, instead this beautiful woman and her equally talented mind and soul go into doing something she loves, she has the mind and the touch of Midas.

I have no idea whether to hysterically laugh or cry.

Here I am mentally feeling like I am behind the eight ball and this young woman is bloody drawing in class! Is it any wonder that her teachers used to cry in the Parent/Teacher discussions.

As Kaffy’s Mother, I have had more than my fair share of “Mrs O’Chunky, can you please come to the office or see Miss (insert teacher’s name) in regards to Your Princess”.  All because my beloved child could literally sit in class, not take one jot of notation down and totally outdo all her classmates when it came to tests and exams.

NO ONE had picked up on the fact both Kaffy and her Twin Brother Frodo were in fact capable of doing high school curriculum material before they were 10. So because they were in essence, totally bored to death, they would utilise the class time to activate their social lives.

Seriously, I used to fear those Teacher/Parent meetings because I KNEW what would discussed each and every time, let alone the response the twins would tell me once I got home and informed them they really needed to do some work in class and not socialise so much.

A couple of these visits with teachers and administration, stand out in my mind which resulted in the heated discussions between the teaching faculty and myself, that could be heard reverberating around the school quadrant in regards to my Daughter.

I do not care how much YOU NEED the opportunity – those legs belonged to my daughter and it was her decision and therefore, it was not mine or yours to make.

I have to say this though:- she was awed and feared by any other runner or athletics Champion. Her name would be chanted continuously at any event by the crowds who gathered and not once did her head explode with pride because in her mind… it was all a bit of fun!

By the time she willingly gave up her career (against some serious advice offered by sponsorship dealers, trainers and coaches), she held the Championship medals for Cross Country and the following distances: 100, 200, 400 and 800 metre running. Alongside the ribbons, trophies and records for High Jump, Long Jump, Javelin and Triple Jump.

Why did she ultimately give up that career I hear you ask and the answer is simple: because it was not fun anymore.

As to whether I am having my own fun?  Even with the impact of a right kidney and surrounding muscles that decided to leave me in serious pain, I have managed to keep up to date and forge ahead with my readings, notes and THINK about the assessment due without a feeling of hopeless misery.

I am beginning to think having Kaffy around is rubbing off on me, her charisma, ‘it is fun’ and ‘relax, Mum – you have this’ is becoming a mantra that I like.

Darling Miss K…… Thank you Princess for the glorious drives to and from University together, the pat on the hand when you notice the ‘stress lines’ appearing between my eyebrows and the lovely little drawings you past to me in class.  I adore you so much.

Have a groovy week everyone and see you in my next blog!

Oh yes before I sign off,  I will be posting an important announcement shortly. I can not give you a hint just yet…. however it might cause a few gasps.